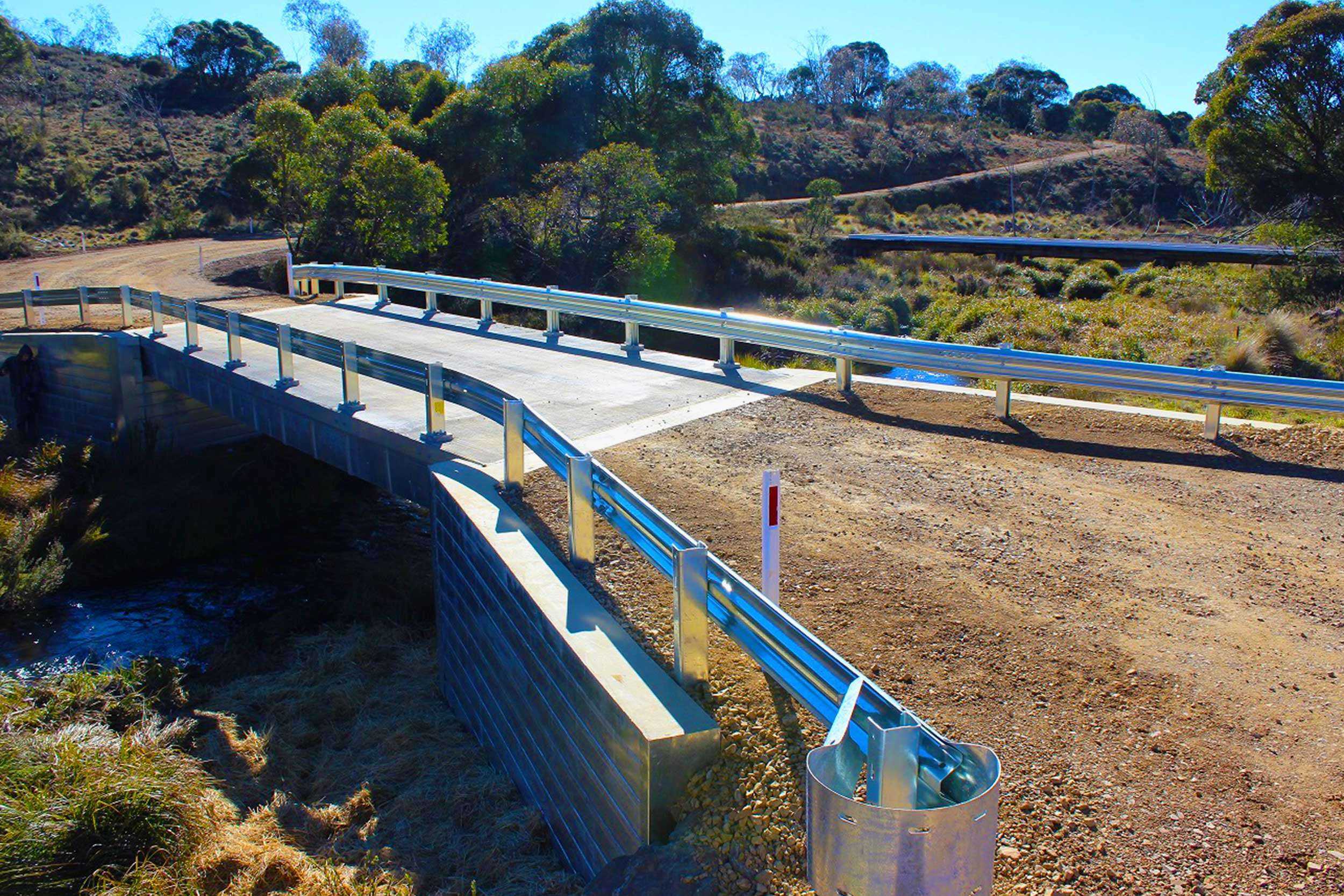 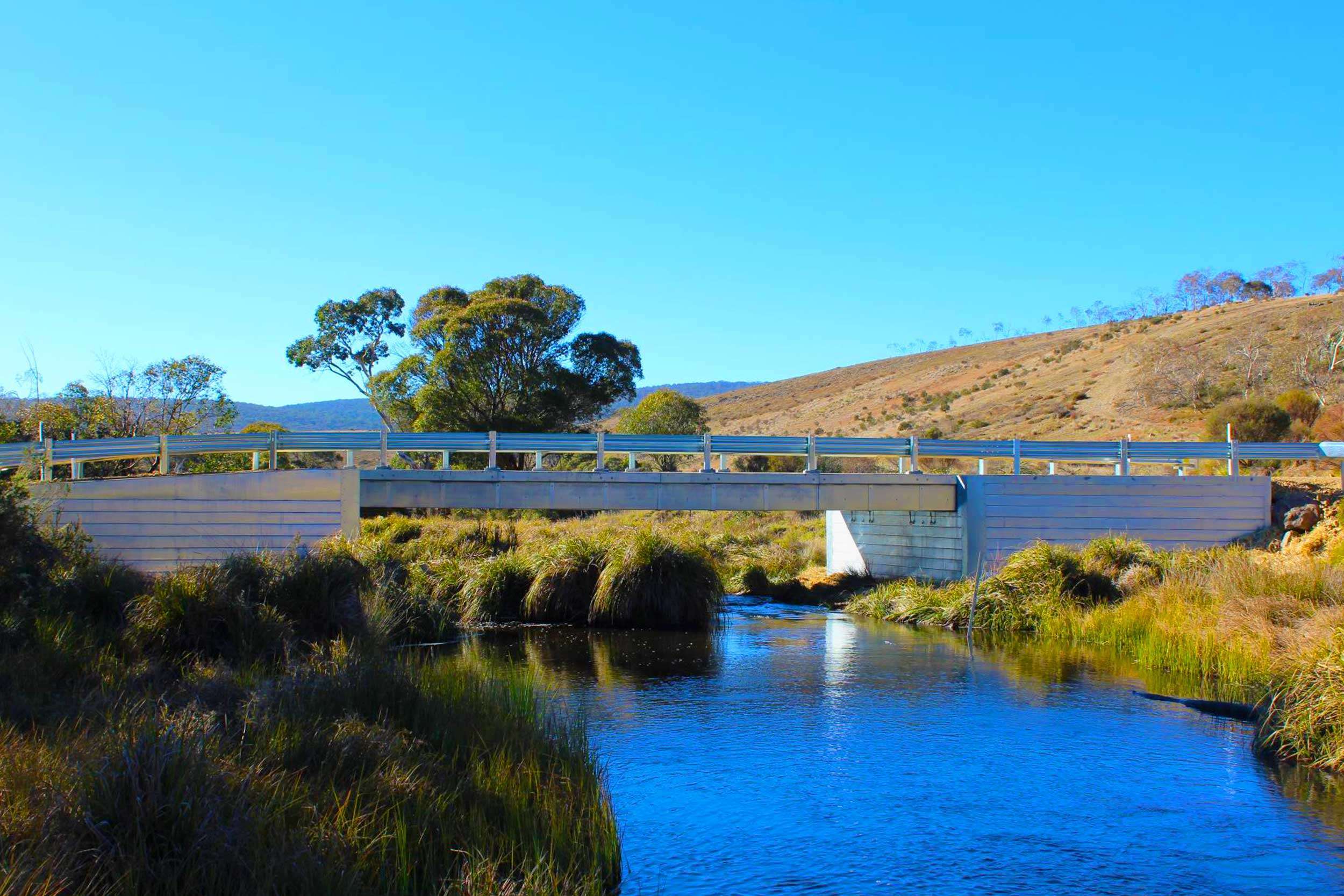 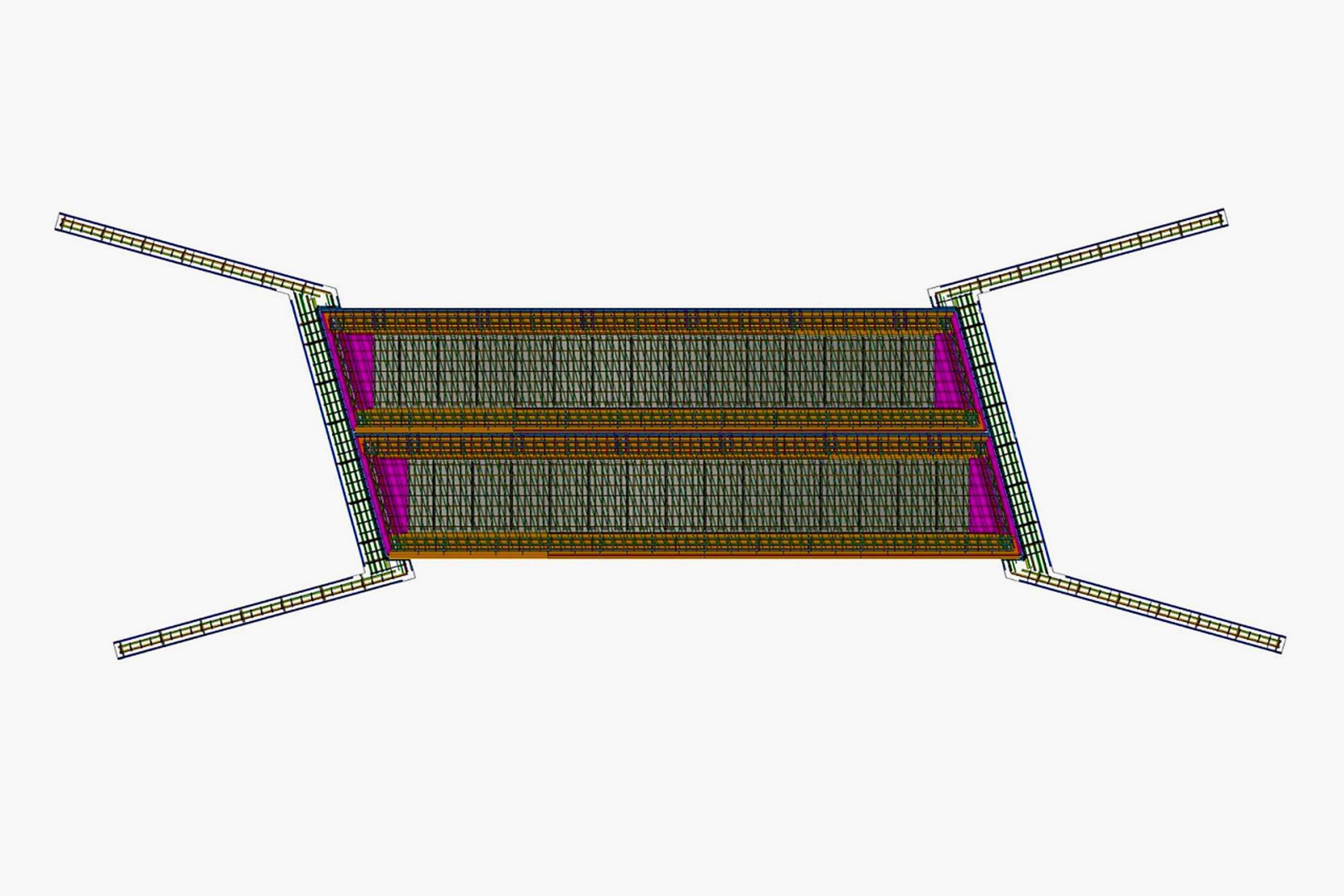 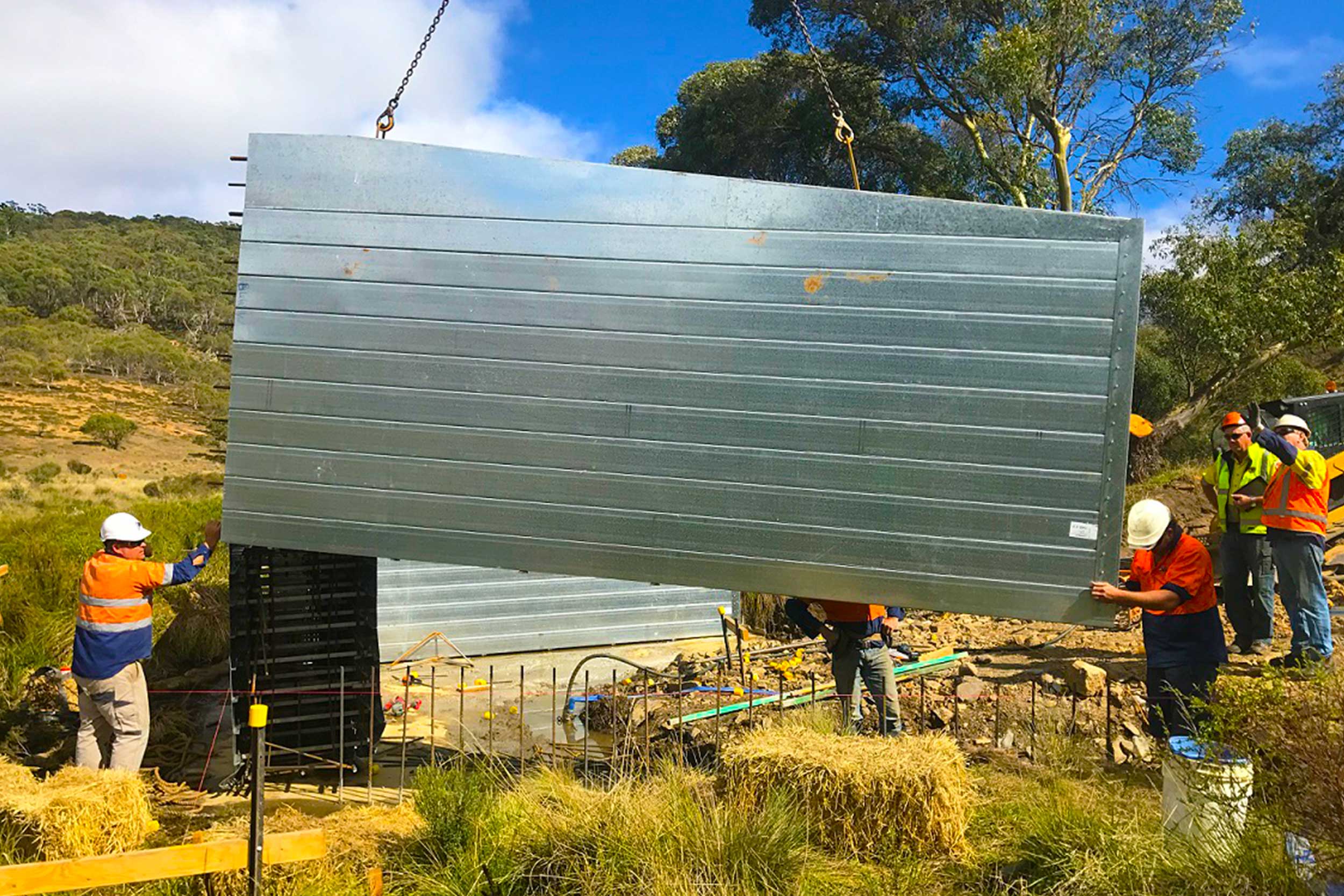 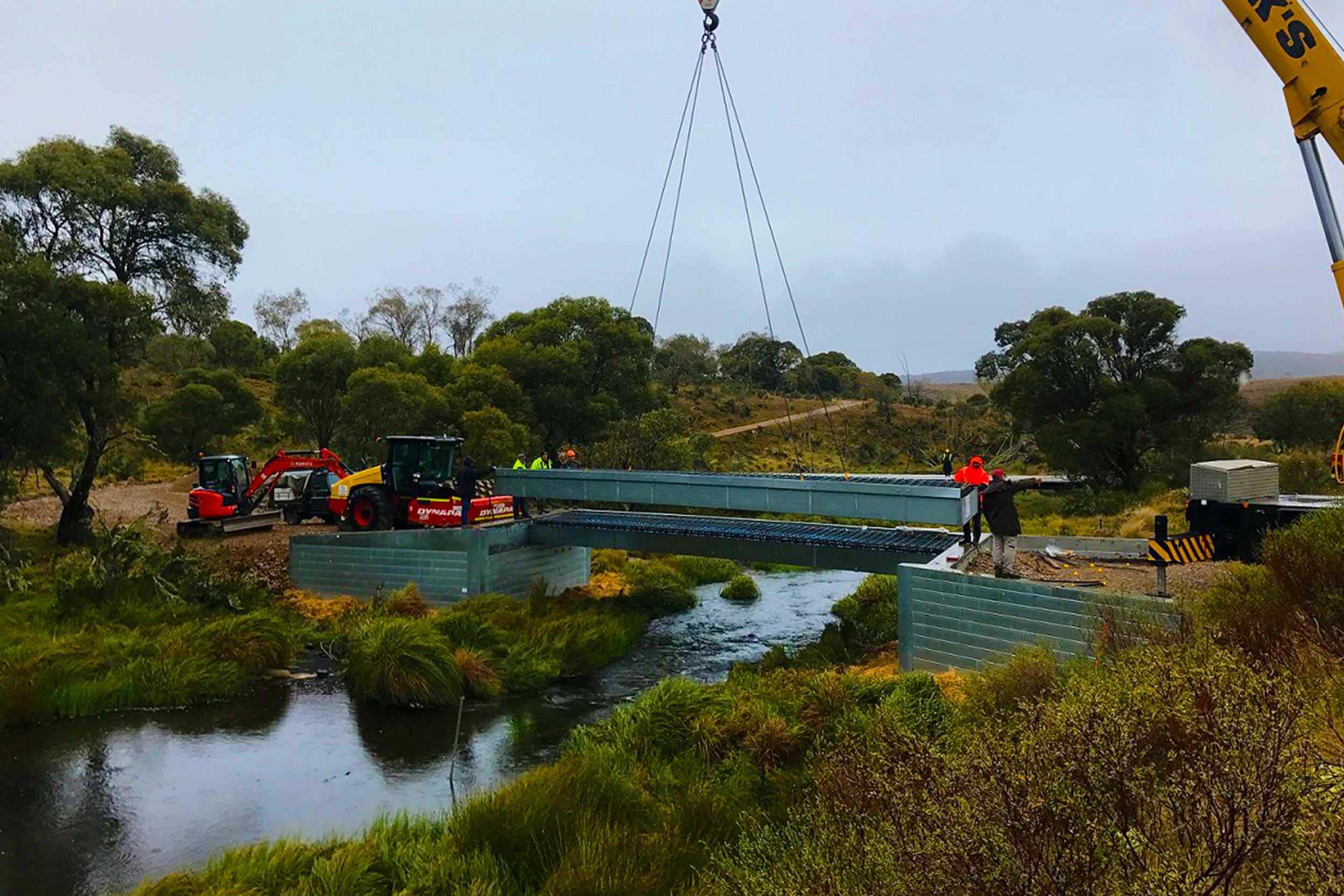 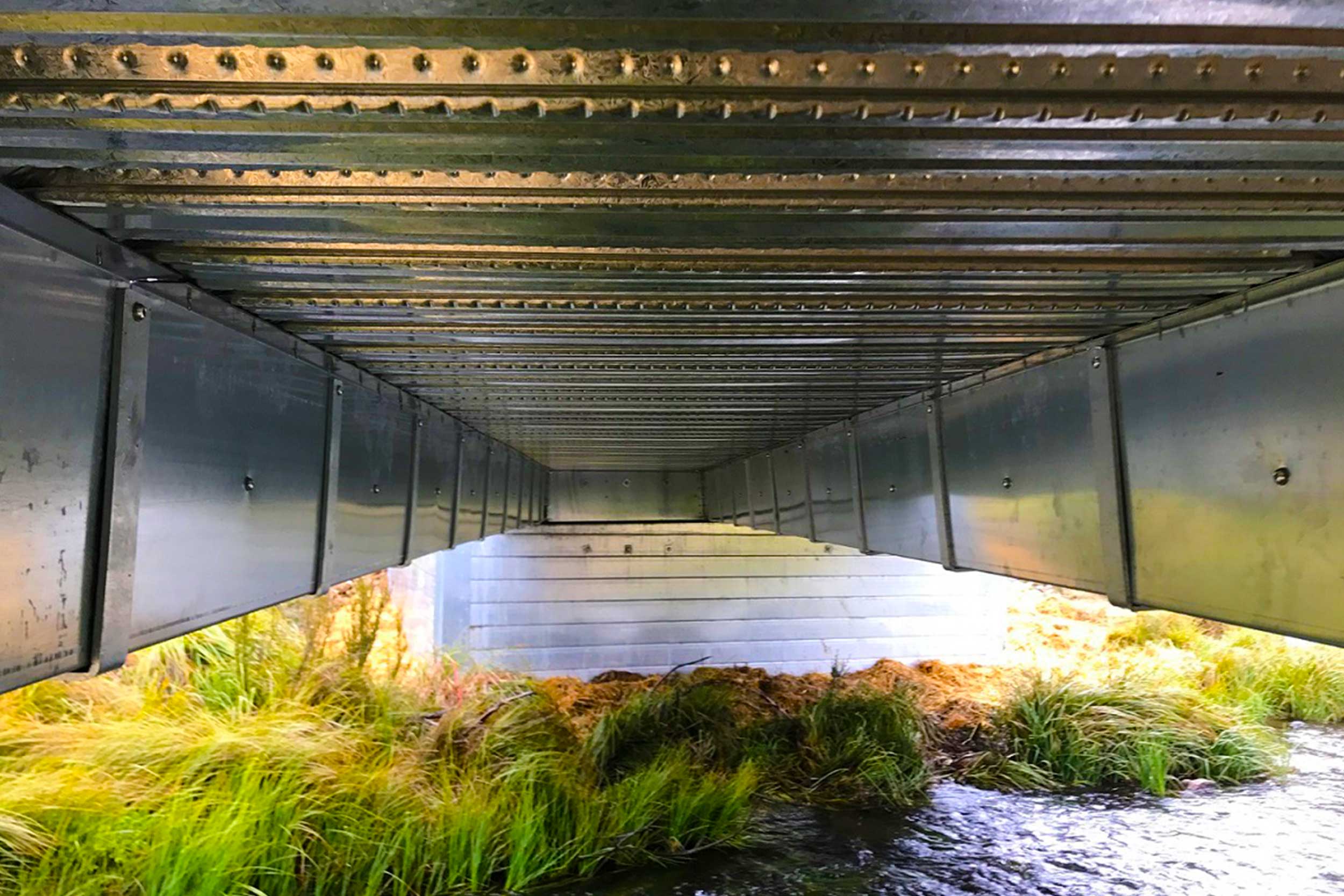 Winter or summer, Kosciuszko National Park draws locals and tourists for its abundance of outdoor activities from snow sports and mountain biking to camping, hiking, cave tours, and horse riding – all situated amongst Australia’s high alpine scenery. With increasing tourist numbers visiting Kosciuszko, the team at National Parks wanted to ensure their bridge infrastructure was suitable to handle the growth in traffic. The timber bridge at the Murrumbidgee River crossing was proving expensive to maintain, and with a small weight limit could not sustain the increased traffic. As the new bridge needed to be installed and paid for in the 2017 financial year, the team had to find a cost-effective, low-maintenance design that was quick to install. InQuik provided a solution with a 100-year design life bridge installed in just 12 hours, all with minimal impact on a pristine ecotourism environment.

Challenges – Rod Peel, the Senior Field Supervisor of Roads and Assets for National Parks NSW, and his team had been looking at options for several years to replace the original timber bridge installed during the first Snowy Hydro works in the 1950s. During the Snowy Hydro Scheme construction, the bridge provided access to other “Snowy” Assets including aqueducts which “Snowy Hydro Limited” still uses as part of its current operations. The bridge needed $15,000 worth of repairs in the previous financial year, and its 10t load rating meant Rod’s team couldn’t get equipment across the bridge to grade the road that led up to the reservoir.

The old bridge (and now the new one) provides vehicular access to the north of Tantangara Dam. Important assets to the north include Currango Homestead which has links back to early settlement prior to the establishment of Kosciuszko National Park. It is still a very important destination for its heritage values and is now utilized as a holiday destination with overnight accommodation. Rod wanted a new bridge with a 100-year design life that required minimal maintenance with its remote location. Due to the poor quality of the ungraded road beyond the bridge, people had become accustomed to leaving their vehicles on the graded side so Rod was looking for a bridge that could handle the forecasted growth in vehicle numbers. As the park is an ecotourism environment, any work to replace the timber bridge had to be environmentally friendly and not detrimental to the waterway, with abutments and footings placed back from the watercourse. Minimising truck movements and using lighter rated cranes for the install was also a key consideration.

How InQuik helped – After hearing about the InQuik system from contacts at Bega Valley Council, Craig Kaufline from South East Civil and Crane put in a tender to use the semi-modular InQuik system instead of a precast design. InQuik could be delivered faster than the 10-12 weeks for a precast design, which would have also required more than four times the number of truck movements to deliver to site. National Parks had been looking at solutions for a number of years, and being a government agency it sought submissions through a tender process. The review panel discussed options but the above criteria and cost were considered in the final determination. After reviewing the tender, Rod and his team visited the Boxers Creek InQuik installation in Goulburn in January 2017 to see the bridge in action and discuss the product with InQuik’s Logan and Bruce Mullaney. They liked the idea of a semi-modular system with the concrete
poured on-site. With the end of financial year approaching they wanted to get the project completed and paid before end June 2017.

“The planning phase was of course the longest part of the project and we had to address many environmental issues and conditions. The old bridge was taking time and money to maintain. The successful tenderer asked us to take a look at this design and we wanted to consider as many options as possible prior to making any decision. “The pricing was similar to precast, although with our location [InQuik] was attractive in that the product came on 2 trucks, and was placed with concrete poured in about 11 hours over 2 days.”

With a weight limit of 160t – far greater than the 10t limit on the old timber bridge – the InQuik design ticked several boxes. Other key benefits were having a 100-year design life and minimal maintenance. The design meets the SM1600 load rating of the AS5100 Australian bridge design standards, and being a semi-modular system, saved time and complexity at site once all the surveying and site prep work had been completed.

Results – The replacement bridge was a skew design, and as such had an increased design complexity, which added to the delivery time compared to a standard InQuik bridge. The installation process was suited to the environment, as the product arrived on two trucks and was installed on-site in under 12 hours (excluding concrete curing time) over three days. This included placing the abutments, pouring concrete and then three days later placing the deck panels and pouring the concrete for those (see photos). Rod and the team are confident that Kozsciousko National Park has a bridge that is suitable for the current and projected traffic after Snowy Hydro 2.0 recent announcement. The ease of installation has meant they are now considering InQuik for other upgrades within the National Park.

“InQuik is a very quick and efficient way to replace bridges as long as you do the survey and site preparation work correctly. Our Survey and designers were excellent and the bridge has reached our expectations.” – Rod Peel, National Parks Road Supervisor

Rod Peel is the Senior Field Supervisor of Roads and Assets, and has worked with National Parks NSW for more than 18 years, managing a team that ensures that access routes in the largest national parks across New South Wales are suitable for locals, tourists, emergency services and commercial traffic.

The InQuik modular bridge system is an innovative, patented Australian designed and manufactured product that solves the challenge of aging infrastructure.