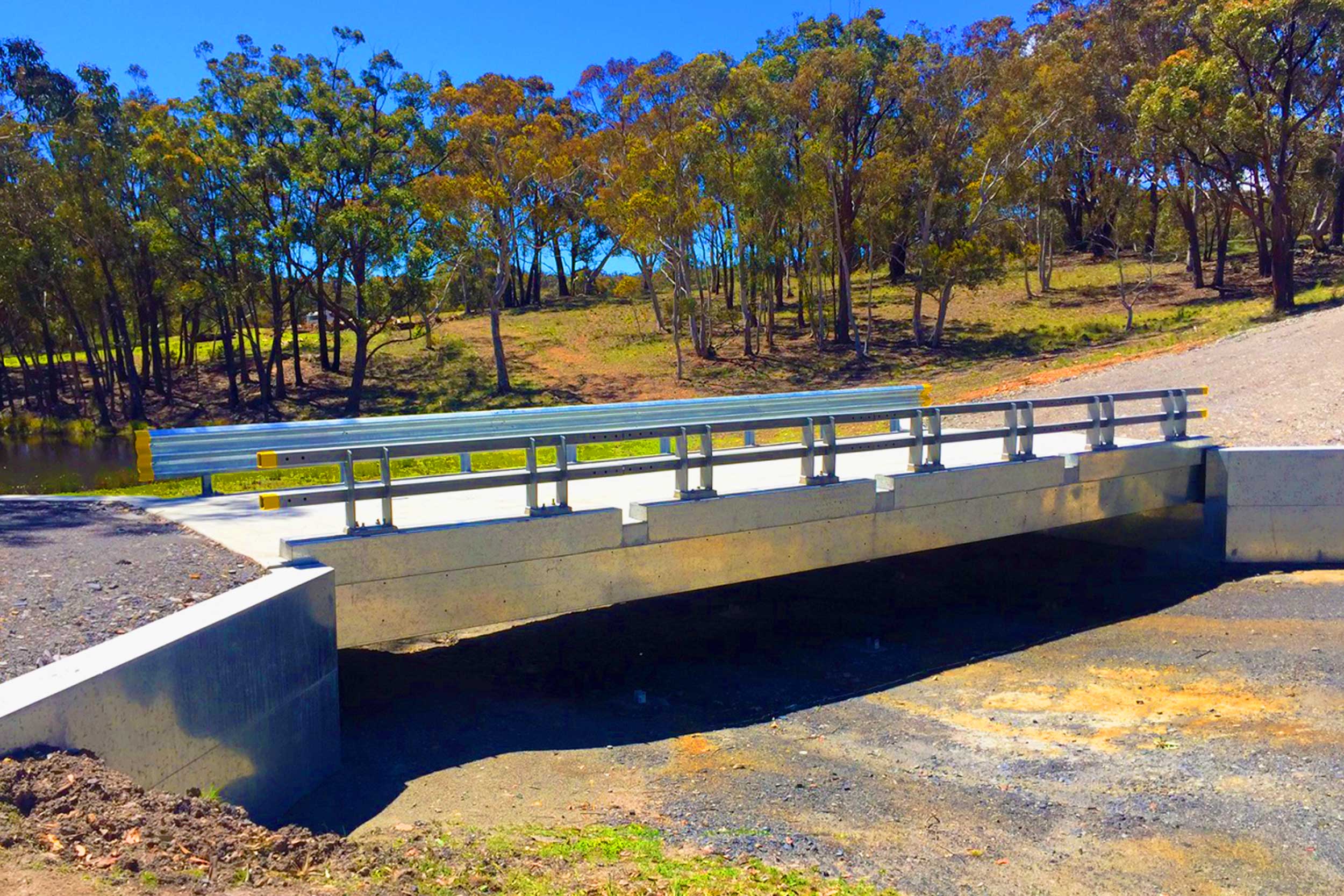 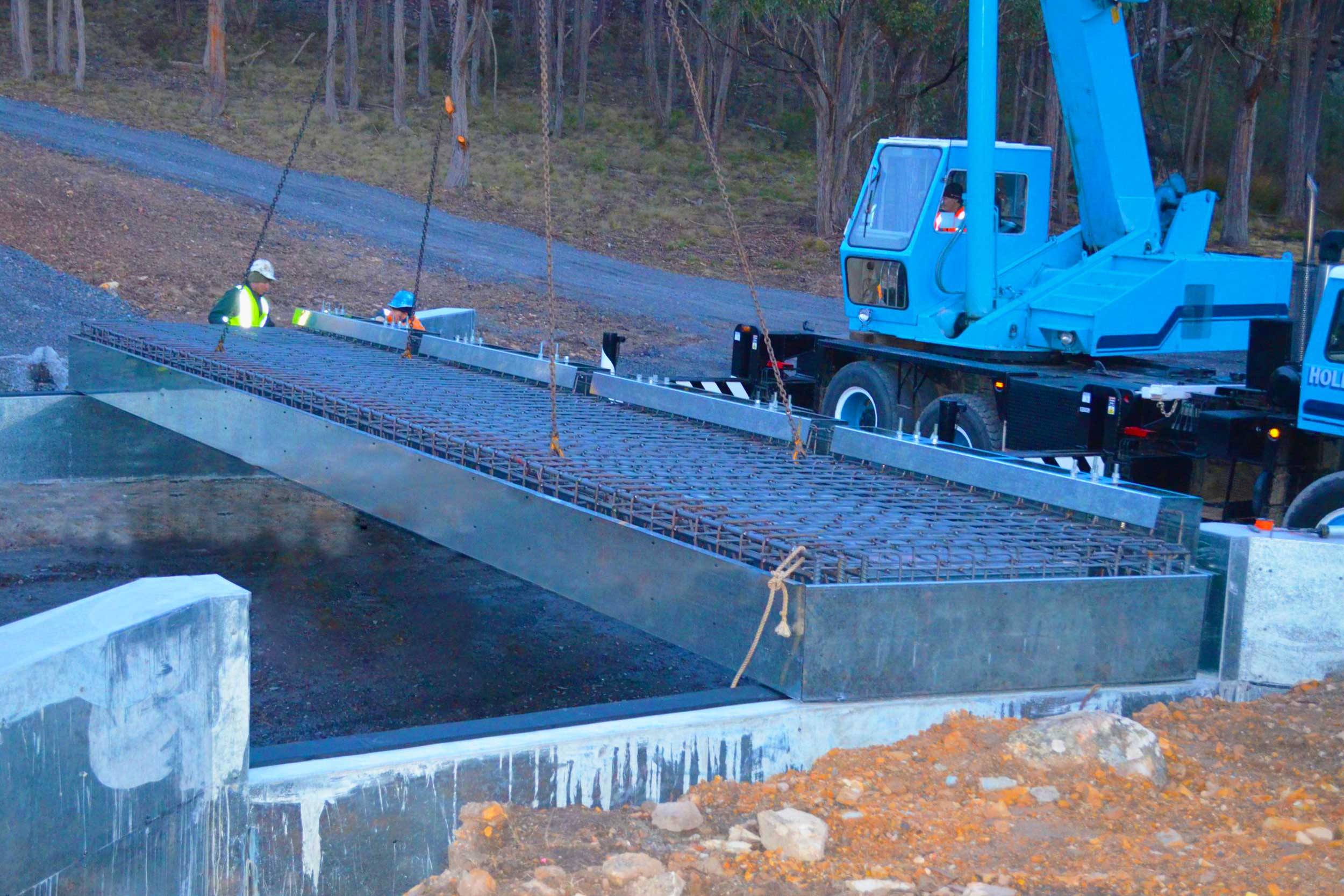 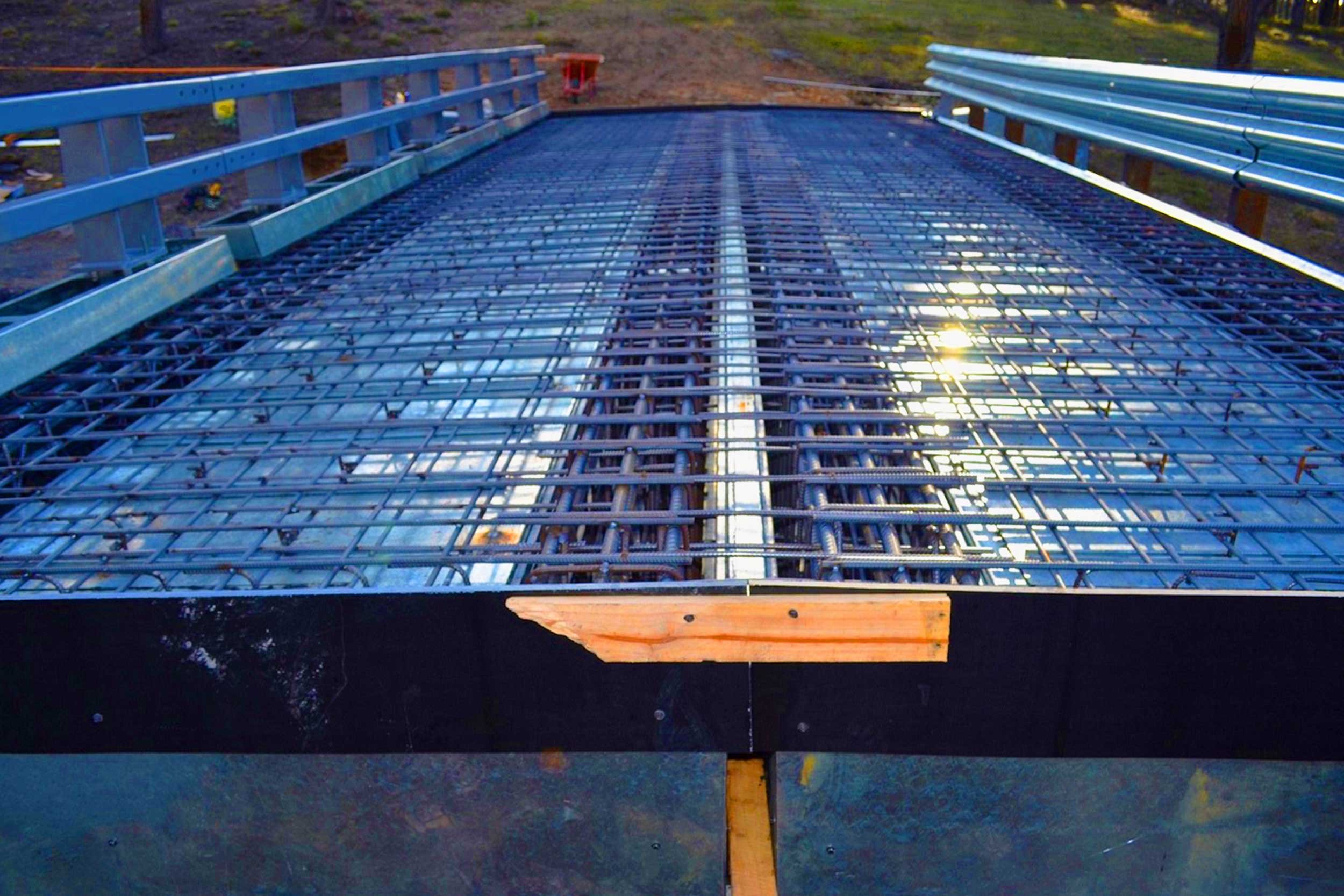 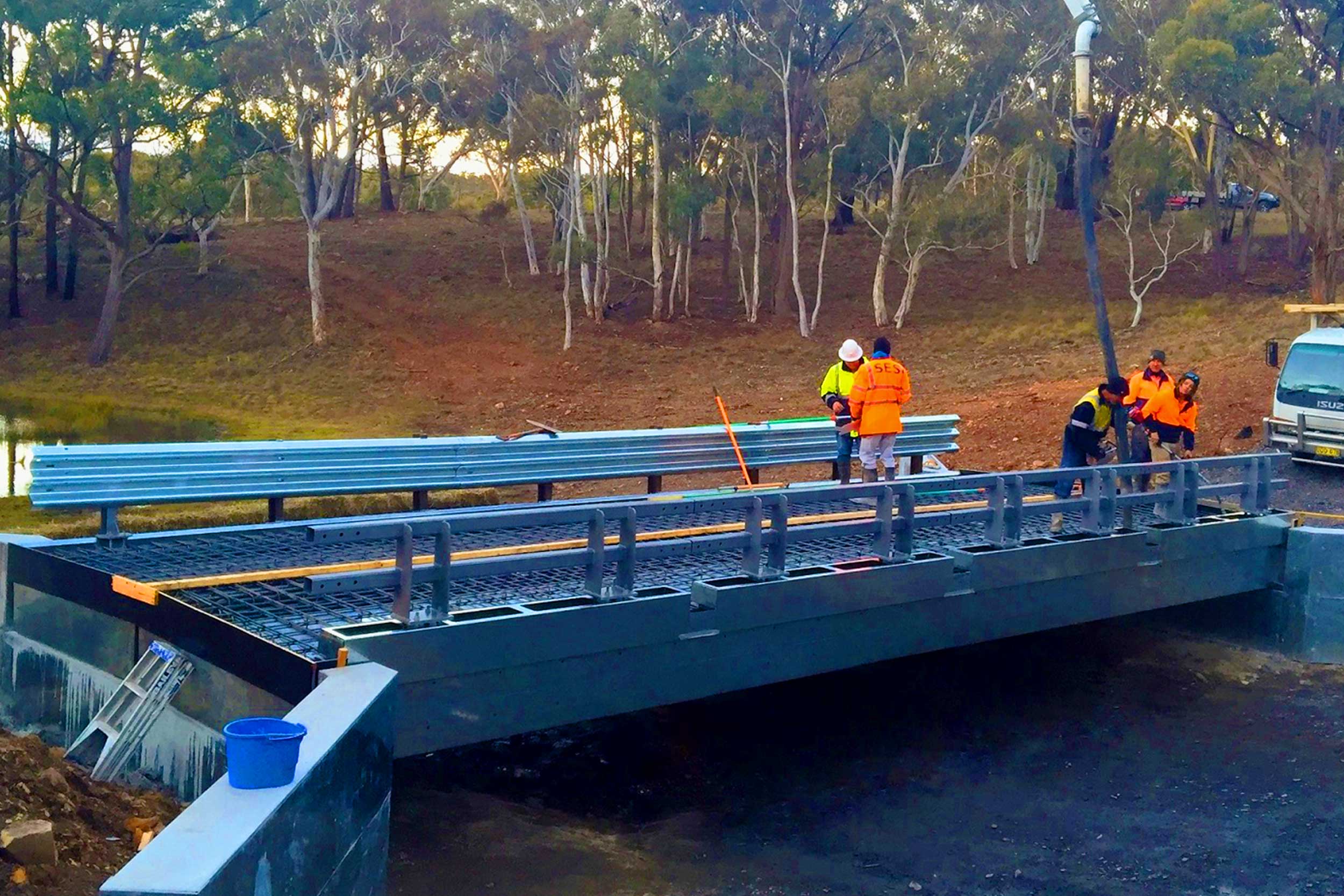 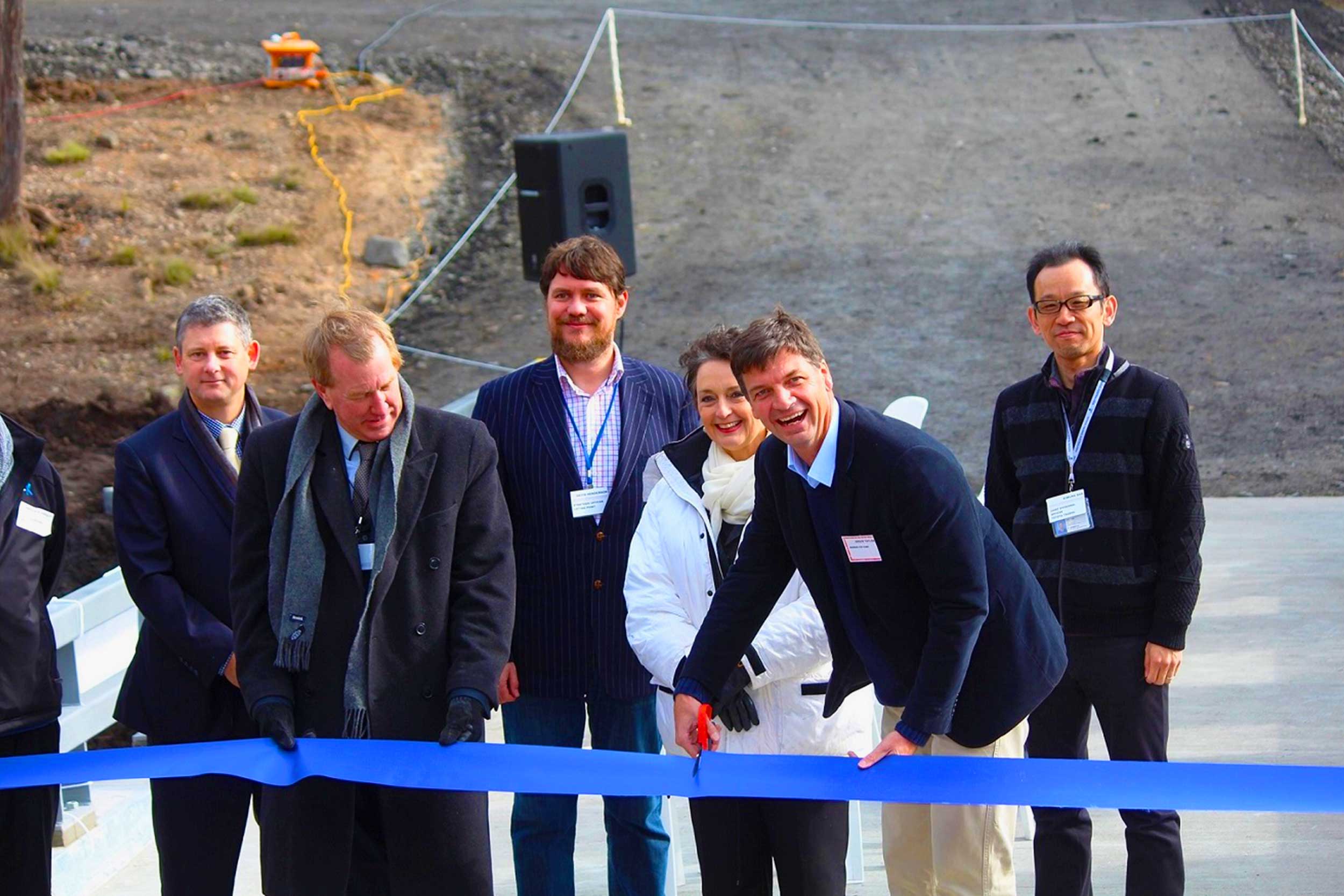 The first InQuik bridge (pictured above) was successfully built in regional NSW near Goulburn. The project was a collaboration with world-class Australian companies SMEC, who undertook the engineering and design certification, and ARC, who supplied reinforcing steel and assembly in their Newcastle factory. The bridge is comprised of two 12m-span InQuik deck panels on InQuik abutments & wing walls, and is rated to take a fully loaded B-double truck based on the NSW bridge code requirements.

The semi-modular bridge was installed and finished in June 2016 with total of 3-4 days of on-site work over 2 weeks. Boxers Creek Bridge was officially opened by the Federal Member for Hume, the Hon. Angus Taylor at a ribbon cutting ceremony, who said innovation was at the heart of the success of the company Lifting Point.

“Businesses with incentives to grow and create, will just do it. They need freedom and encouragement to get on and solve real world problems and this is exactly what Bruce and his team have done.

“In this case, a local businessman has been able to bring a brilliant idea to life, producing a rapidly deployable, pre-engineered bridge that can be easily transported and installed at sites across Australia, and for international markets.”

“This business will keep growing as its prototype hits the market, both here and overseas, building on an Australian idea, using Australian steel and workers.”

“The rest of the time was simply concrete curing or off-site work, and that was the real key advantage, the fact that we can get that bridge on-site and in the ground with no particular site prep required other than joining the bridge to the road and putting some abutments in,” Mr Henderson said.

“The abutments themselves were pre-formed so that we could deliver them straight off the back of a truck and pour concrete. The main advantage there is there’s little or no risk of weather interruption.

“There’s also no dangerous handling of form work on-site, and because the form work itself is fully self-supporting, there is already a safe structure for people to work on that is laid down in the form of a pan.”

“We dropped the bridge pans straight onto the bridge abutments, attached the side rails that are rigidly attached to the steel form work, and then just rolled in the concrete trucks and filled it with concrete, screeded that off and then allowed it to cure,” Mr Henderson said.

Mr Henderson said if the bridge was constructed using precast methods, it would have taken 18 to 20 days of on-site work to carry out the preparation for the lifting crane to drop the precast sections in, which can experience rain interruptions that can delay work.

“Whereas it was actually raining when we were installing the bridge, and it caused no difficulties at all because the equipment we were hauling was so light, we had no [problem with] vehicles getting bogged or needing to have pressure heads and supports for heavy cranes.”

“Our form work without the concrete for a single panel weighs less than 4 t, so it can be lifted with a very small crane, and precast concrete obviously weighs significantly more because it’s already got the concreting section.”

In the factory, Mr Henderson said it took around five days of work, with fabrication carried out by hand without jigs or fixtures.

Now that the company has a prototype completed, it is working on shortening the manufacturing time in the factory through design iterations and improving the workflow.

The InQuik modular bridge innovation and the presentation event attracted significant media attention. Below are some highlighted news articles. 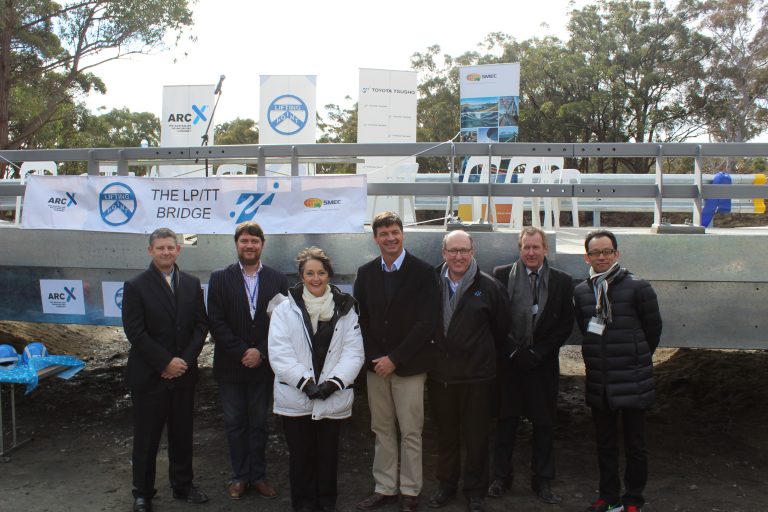 The InQuik modular bridge system is an innovative, patented Australian designed and manufactured product that solves the challenge of aging infrastructure.